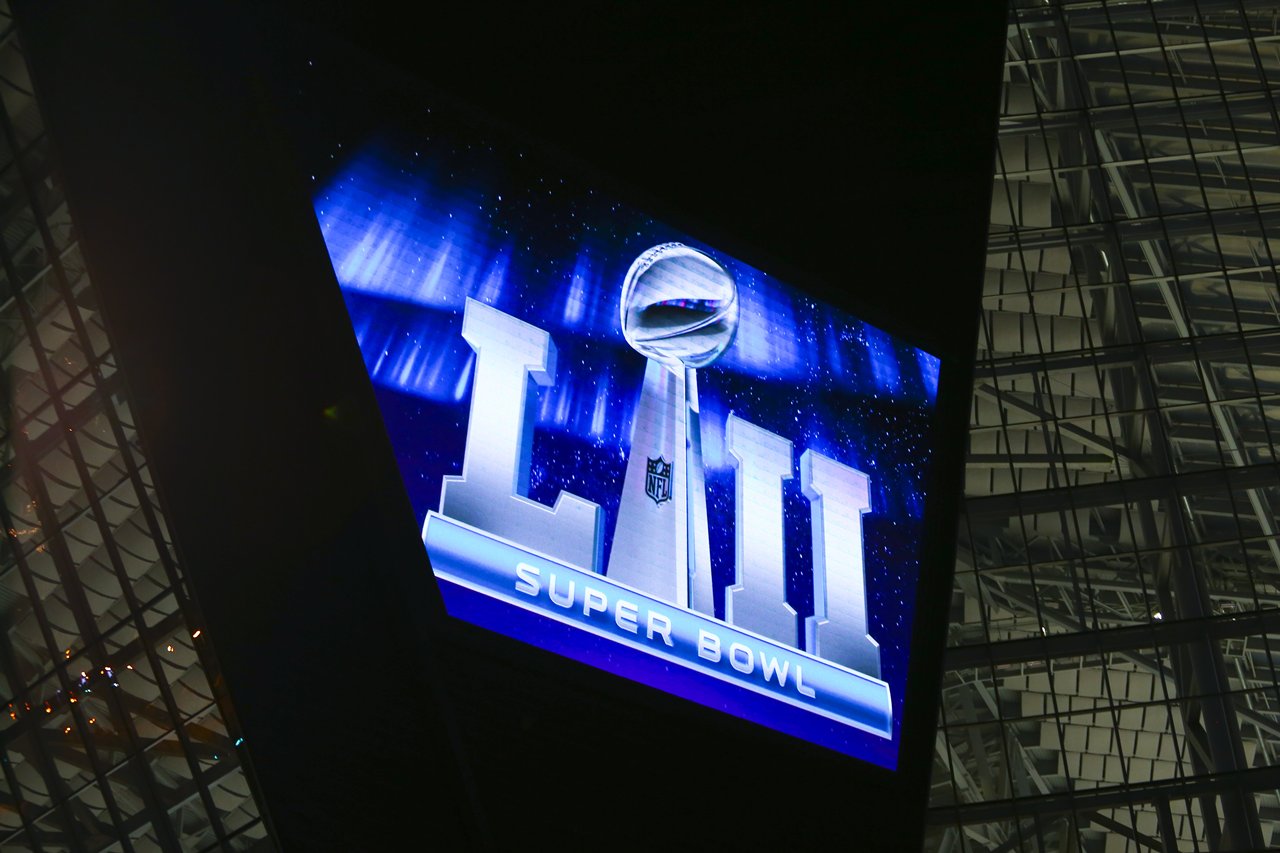 Bill Parcells, the Hall of Fame former head coach of the New England Patriots famously said, “You are what your record says you are.”

Next weekend, under the leadership of Bill Belichick, the Patriots will take on the Philadelphia Eagles in Super Bowl LII. If you look back over “The Hoody’s” tenure as head coach, you get a pretty clear picture of who the Patriots are: 15 divisional titles, 8 Super Bowl appearances, 5 championships (with the opportunity for a sixth on Sunday).

There isn’t a Super Bowl for the Global Growth Economy, but every year GSV conducts a 10-Year Top Performing Stocks Study, which screens all publicly traded companies in the United States for the top 25 by total return over the past decade. You are what your record says you are.

It is highly unlikely that GSV will fulfill its quest to find the “Stars of Tomorrow” by mining this list — success begets size, and size forges an anchor — but it is instructive to analyze the characteristics of top-performers.

The median stock performance of the top 25 companies over the 10-year period was 31% compound annual growth rate (CAGR) — which implies that stock value is nearly doubling every two years, according to the “Rule of 72.” The median market cap at the beginning of the period (12/31/07) was $501 million.

The median P/E for the top performers at the beginning of the 10-year period was 27x, slightly higher than today’s Market multiple. But as we’ve learned from past studies, a low or discounted P/E isn’t an important variable for ascendent companies. P/E ratios are often already high at the beginning of a period of outperformance.

Cleary, that the secret to big success isn’t about finding beaten-down stocks. It’s about identifying the fastest growers.

The key trait of top performing stocks is that they always have high earnings growth for the period of outperformance. The median EPS growth of the top 25 companies in this year’s study was 24%. EARNINGS GROWTH DRIVES STOCK PRICE OVER TIME.

The top-performing stock in this year’s study was Netflix with a 47% stock price CAGR and a 24% EPS CAGR over the past decade. Just this week, Netflix’s market value surged past $100 billion as the company continues to impressively grow its subscriber numbers, powered by the success of Netflix’s original programming. Last year alone, Netflix’s original programming picked up 20 Emmy awards.

The second top-performing stock in this year’s study was Tencent. Founded in 1998, the Chinese technology and social media powerhouse has seen its stock price grow at a 43% CAGR over the past decade, catalyzed by compounded annual earnings growth of 49% in the period.

Rounding out the top three is Chinese gaming and media platform NetEase, which rose 20 spots from last year’s study. The company clocked a 35% stock price CAGR and its 75% annual earnings growth rate topped all companies in the top 25.

Tencent and NetEase’s top ranking is a notable reminder of the increasing impact China will have on global innovation and growth. Interestingly, conventional wisdom is that the China growth story is yesterday’s news.

Today, the Middle Kingdom is positioning itself at the center of the Global innovation economy and the Global Silicon Valley. The Innovator is now leading the World in producing startups that are tackling some of the World’s most challenging problems.

The conclusions we reach from this study, and from over 20 studies we have done before, is that if we want to identify the companies that will appear on this list 10 years from now, we should:

1) Not select companies from this list as there has never been a company that remained for 20 years. If Apple were to notch the same stock performance in the next 10 years as it has for the past 10 years, it would have a roughly $40 trillion market cap — nearly 2x the entire U.S. Equity Capital Markets.

2) Focus on companies that have the potential to grow their revenues and earnings at high rates for a long time instead of shopping in the “Bargain Basement”. Additionally, the larger a company is, the harder it is to sustain high growth. Size forges an anchor, so the companies that will appear on this list in a decade are small today.

3) Focus on companies with the 4Ps — great PEOPLE, leading PRODUCT, huge POTENTIAL and PREDICTABILITY. The BIG stocks are created by companies that grow their business for a long time and the 4Ps are the ingredients in those special businesses.

The fast rise of Wechat has been fascinating. Over the years, Wechat became THE app in China, combining communication, social media, e-commerce, payments, and transportation. Essentially, Wechat has aggregated your email, Whatsapp, Twitter, Apple Pay, Lyft, etc. all in one app. With 1 billion monthly active users, it is only second to Facebook, but its users are growing faster and they also spent almost twice as much time on the app than Facebook users. (Disclosure: GSV owns shares in Lyft).

Interestingly, Wechat is now expanding globally. It is estimated that there are over 100 million users from outside of China and that portion is growing at a stronger clip. Wechat’s parent company, Tencent, is currently expanding its tentacles globally, as evidenced by recent minority stake acquisitions in Snap and Spotify. (Disclosure: GSV owns shares in Spotify).

In the West, companies have been trying to replicate the all-in-one formula, and for some it has worked out well. Slack, for example, has been focused to become the “Wechat for work,” and with well over 6 million daily active users, it is starting to gain significant scale.

A new company with a similar formula is emerging now too; Front, a startup first launched in France and then relocated to San Francisco, has created an app allowing users to integrate work email, texts, Twitter, Facebook Messenger, Dropbox, Google Drive, and many other apps in one place. It’s made for teams, and aimed to increase communication efficiency and flow.

The early results are very promising, with 2,500 company customers since inception, and with high engagement as shown by the average of 2.5 hours spent per day by a majority of its users. Some of Front’s well known customers include Dropbox, Stripe, General Assembly, LVMH, Lookout, Cisco-Meraki, Shopify, Expedia, and Atlassian.

Founder and CEO Mathilde Collin is 28-years old, and she made the Forbes’ 30 Under 30 last year. Mathilde is also known to be a big LEGO lover. Sequoia’s Bryan Schreier who led the round is highly impressed by Mathilde, saying that “she’s an outlier in every sense of the word, a classic self-made founder who got herself to the U.S. with a product she had a passion for.”

Late last year, Mathilde successfully raised a $66 million Series B round led by Sequoia, and with participation from DFJ. Front will use the money to hire more top engineers, and aims to grow the firm from 60 employees to 130 by year end.

Front’s opportunity is even bigger than that of Slack, given the wide integration possibilities of communication apps. We are adding Front to our watchlist.

Why Every Founder and CEO Needs A Coach

In 2002, the newly appointed CEO of a Silicon Valley startup was having a conversation with one of his board members. And that board member suggested:

Having served as the CEO of another company for the prior four years, he responded to the board member’s suggestion with:

“Why do I need a coach? Is something wrong?”

There are three stages in the life of most startups

It might make sense for a first time founder to get a mentor who has been there and done that, but even established leaders need a coach.

“No no no, you need a coach, everybody needs a coach.”

Every top level performer, be it athlete, artist, or leader has a coach. A coach can give you a fresh perspective and watch how you perform. A coach can guide you, “is this what you really meant to do?” As Schmidt noted, the one thing people are never good at is seeing themselves the way others see them. A coach really helps.

After that conversation between Schmidt and Doerr, Bill “Coach” Campbell became Eric’s coach and shepherded the team at Google to become one of the most innovative and valuable companies in the world. Along the way, Coach Campbell was the coach, mentor, advisor, and confidant for an entire generation of leaders from Steve Jobs to Sheryl Sandberg.

Sadly, the world lost Coach Campbell in 2016. But what he taught us will remain with us forever. Long ago, Bill gave all of us a mission to teach the values he shared to the next generation and for them to teach it to the generation after that.

Our passion is to build a future we are excited about. We do that through working with founders and innovators and we strongly believe having the right support at the right time makes all the difference.OK