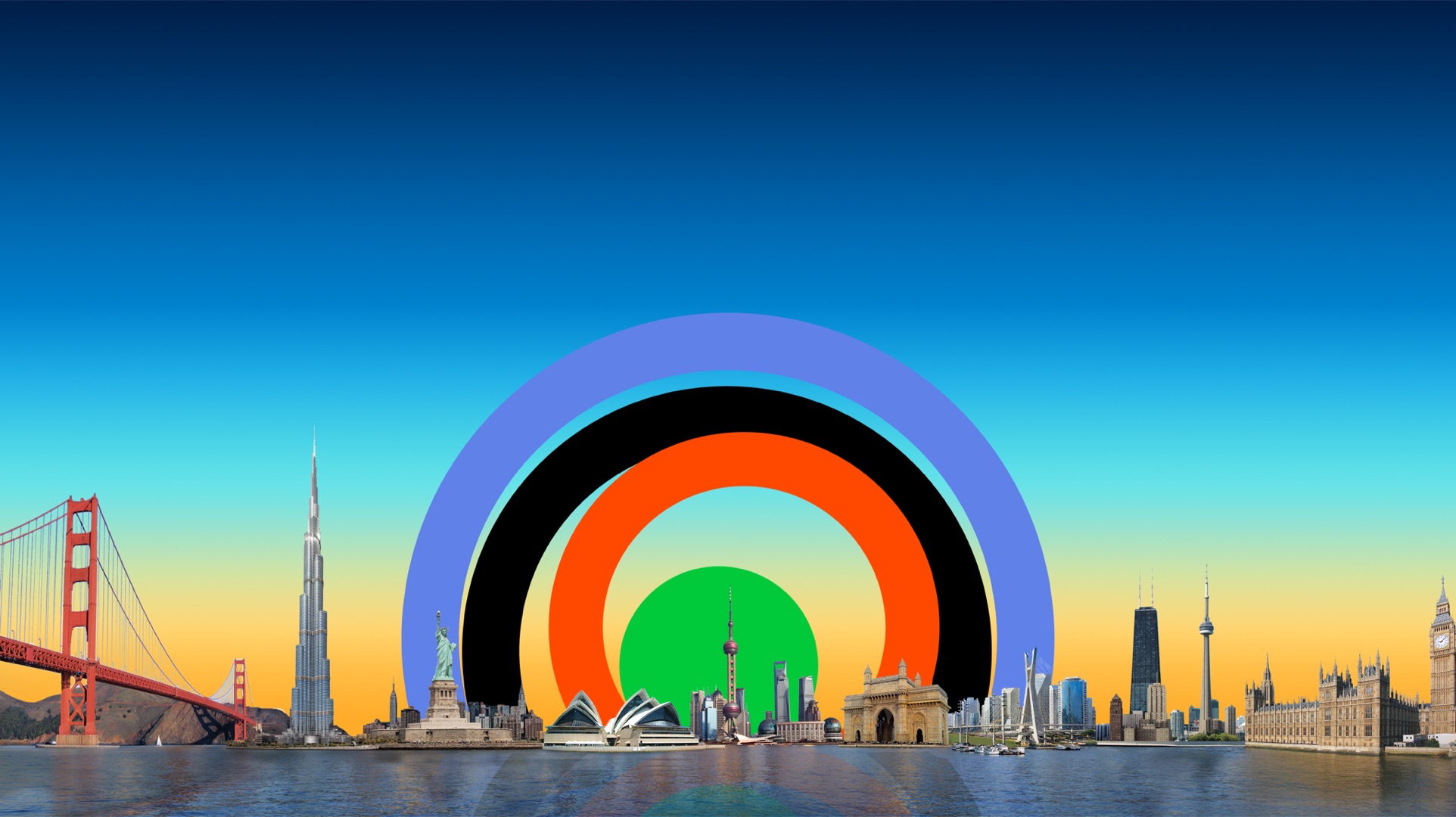 The businesses that generate the most spectacular returns are small companies that become big companies. At GSV, our objective is to identify and invest in the Stars of Tomorrow — the fastest growing, most innovative companies in the world.

As such, every year we identify 250 private companies that are poised to become the next generation of game-changing businesses. We call this group the Global Silicon Valley Pioneer 250.

Our top-down perspective focuses on the intersection of Megatrends (technological, economic, and social forces that disrupt the status quo) across growth sectors of the economy to identify game-changing businesses with innovative technologies and services.

Additionally, we put a weighting on the caliber of a company’s investor group, Board representation, and the sector it is operating in. The process is definitely both art and science, but we attempt to be as systematic and consistent with our analysis as we can.

We’re looking for large, open-ended growth opportunities as well as individual companies that possess the critical elements necessary to capture meaningful market share in these opportunities.

Today, most Pioneer 250 members (130 companies) reside in the Bay Area. New York City is the second largest cluster with 39 companies. But we expect to find much broader geographic dispersion in the coming years.

Pioneer 250 companies have been backed by a range of leading VCs, led by Andreessen Horowitz (A16Z), which counts 46 companies on the list. Second-place Kleiner Perkins (KPCB) and third-place NEA have backed 34 and 31 companies respectively.

Equity funding raised across the Pioneer 250 ranges from $5.5 million (Science Exchange) to $320 million (Affirm). Most companies fall into two brackets — 48% have raised between $50 million and $150 million, and 43% have raised less than $50 million. By investment stage, 64% of companies are Series C or later.

The lone IPO was Talend, which listed in July 2016. Go-Jek left the list as it surpassed the $1 billion valuation mark later in the year on a $550 million August financing that marked the company at $1.3 billion. Subsequent to the start of 2017, Trello was acquired by Atlassian for $425 million. It will be recorded as a 2017 graduate.

The sports World couldn’t have been happier this past week. Against all odds and against anyones expectation, Federer and Nadal survived some thrilling matches to face up against each other at a Grand Slam final…one more time. The Australian Open 2017 finished with the match everyone had dreamed for, and it ended with Roger winning his record 18th Grand Slam title.

In business like in sports, greatness comes with hard work, determination, incredible ethics, and a vision for excellence. Looking at the most successful companies, that’s exactly what they display. Whether Facebook, Google, Apple, Tencent, Amazon — their internal culture and their company DNA are made up of such qualities.

One company that we believe is on track to become one of the greatest is Spotify. Its management team led by Daniel Ek is exceptional. Its progress and focus have shown how a tiny Stockholm-based startup can go on to disrupt an entire industry that was ruled by the likes of Apple, Sony, and Universal. (Disclosure: GSV owns shares in Spotify)

Spotify is among the top candidates to IPO in 2017. In September 2016, the company reported it had crossed 40 million paying subscribers, an accelerating trend from previously announced numbers. Apple Music meanwhile has seen its growth decelerate, and has not been able to leverage its 900+ million iTunes user base too well. Others including Amazon and Alphabet (via YouTube) have come into the game too, but they have not been able to gain much momentum so far.

Pandora had an attractive music service 10 years ago, but while times changed, Pandora stayed the same — or for that matter, it got worse. Pandora failed to innovate, and got disrupted and outplayed.

Other services like Tidal came into the game from a different angle. When Jay Z bought Tidal for $56 million in 2015, he invited a long list of A-level celebrities to launch their exclusives on Tidal, days before releasing them on other platforms. The problem was Tidal wasn’t and still isn’t a freemium service, which is a big hurdle for many potential users. The other problem is that catching up to Spotify and Apple Music, both with massive user bases, is very hard at this stage.

So in the past 18 months, Tidal was not able to deliver on its goals, based on different reports, its user base has stayed relatively small, and the company has been burning cash while not generating much revenue. Strong growth has been absent…

Somewhat miraculously, in my opinion, Sprint announced it is buying a $200 million stake at a $600 million valuation in Tidal last week. This is obviously a great outcome for Jay Z, but I am not sure what exactly Sprint’s management was thinking… In 2015, Tidal’s revenue was $47 million and its net loss was $28 million, and in 2016, its revenue growth rate was likely in the +50% level, based on different data points and our research. In other words, Tidal’s valuation is now somewhere in the 7-9x P/S level, but the company has been underperforming and burning cash.

Spotify, in its 2015 report, showed it had $2.2 billion in revenue, with a net loss of $190 million. Knowing that paid user growth was very strong in 2016, as was reported by the company in September, we expect Spotify to deliver another year of solid revenue growth in the 50%+ levels. At that rate, it could report 2016 revenue in the $3.2 billion levels. Additionally, one of Spotify’s board members recently announced that the company is on track to become profitable this year.

Adding the data points together, we can expect Spotify to get a premium multiple at its potential IPO, probably a similar multiple to Netflix, and a much better one than its struggling competitor Pandora. At its latest round, Spotify was valued at $8 billion. Assuming our expectations for the 2016 results are accurate, it would imply a 2.5x P/S multiple on the current valuation. Needless to say, there could be significant upside, in our opinion.

We see Spotify as one of the big champions in the music and entertainment space, and we look forward to a potential “Grand Slam” win by the Swedes.

10 Most Important People in Artificial Intelligence in 2017

“As soon as it works, no one calls it AI anymore.”
— John McCarthy

Since then, the AI industry at large has seen dramatic ups and downs — progress and promise mixed with disappointment and disillusion. But now with the convergence of Megatrends on massive data, lightning fast processing speeds, and renewed competitive fever from the American MAFIA (Microsoft, Alphabet, Facebook, IBM, Amazon), AI is poised to cause disruption on a scale that could surpass the Internet itself.

As we prepare for a wave of AI first companies (@sundarpichai) and AI natives (Ryan Hoover), every person in the innovation economy will need to understand how AI will (or will not) change their industry and their lives.

So start following the work done by these 10 industry titans and, as a bonus, 10 rising stars you may not have heard of today, but will soon:

These stars will increasingly play a larger role. While you may not have heard some of them before, they will all make meaningful contributions to the field over the coming decade.

While many know Bryan from his payment startup Braintree (acquired by Paypal for $800M), his foray into AI is his most daring bet yet. To say that Kernel is ambitious is to say the universe is large. He and his team is attempting to enhance human capacity through direct integration with computing technology.

Carol is steering forward the autonomous driving revolution. A long-time leader in robotics, Carol is also the better half of Andrew Ng (see above). Dare I say “First AI Family of the United States”.

Need a new best friend? Look no further than Ozlo. The company is training Ozlo to become a better and better assistant with each conversation and user and to become a meaningful part of our everyday lives.

For AI to interact with the real-world, it needs to be able to see the world first. That’s where Matt’s company Clarifai comes in. It runs the image and video recognition platform that many AI products will use in the coming years.

After graduating from MIT in 2 years, Nikhil and his team is working to make healthcare both more scalable and accessible for everyone while improving the focus and efficiency of doctors. Remy, the company’s product, helps doctors with administrative work and helps patients receives faster, more on-demand care.

After making MIT’s 35 Under 35 list, Rand is off to the races on creating intelligent technology that disappears into the background and simply works. With his all-star team at Snips, they are creating an artificial assistant that is no frills and simply works.

A fast talking Brit, Riva is both an AI investor and evangelist, bringing the issues of healthcare and AI into mainstream conversations. Overcoming personal adversities, Riva now wants to change both the AI and venture capital industry.

As the curator of the market ecosystem, Shivon put Machine Intelligence literally on the map. Look for Shivon to influence the direction of the AI industry, especially which companies receive the support they need to thrive, over the coming years.

A former data professor at Johns Hopkins University, Sinan is now the co-founder of Kylie, an ai that clones employee personalities to automate conversations between a company and its customers. He is also the author of Principles of Data Science.

I know this makes 11 on a list of 10, but I just couldn’t write this without a nod to the TEAM at Comet Labs. They are taking a fresh approach to bringing AI and robotics companies to market, combining the best of an early stage fund with an acceleration lab in partnership with some of the largest corporations in the world.