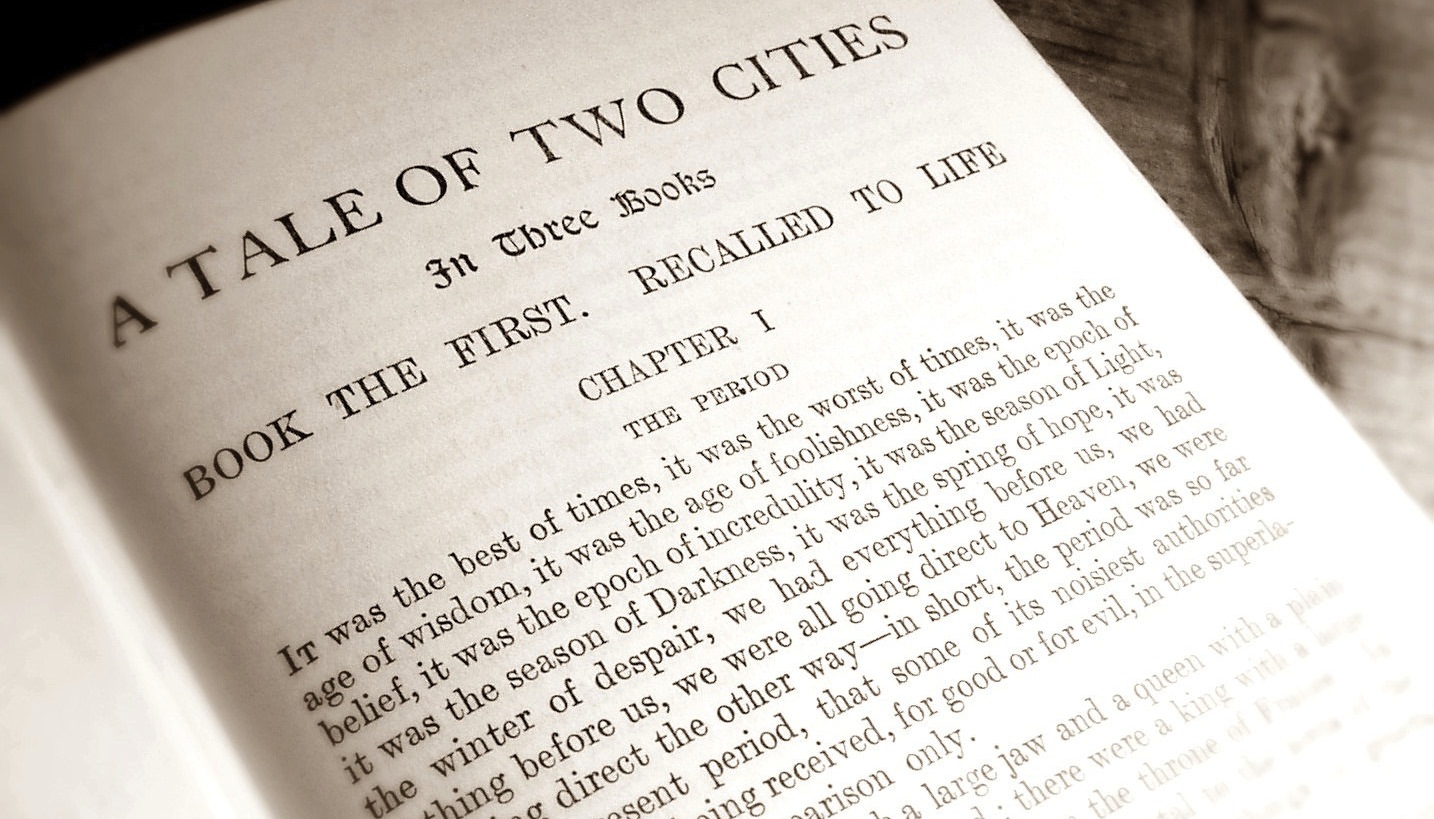 Inequality is the parent of revolution.

On Tuesday, Americans finally go to the polls to elect the 45th President of the United States. Most of us can’t wait for it to be over as the race to the White House feels like a creepy season of “The Bachelor,” where you don’t really want to see anybody get the final rose.

Leadership always matters. But we are in particularly rough waters, and the decisions made by the Captain of the Ship can have Titanic-type implications.

Today, GDP per capita — the best measure for standard of living — is $56,000 per person in the United States. That’s the good news.

The bad news is that median family income has been flat for 40 years and countries like Singapore and Ireland have soared past the United States in GDP per capita in the past ten years. GDP growth hasn’t been above 3% in the past eight years and corporate profit growth is negative over the past twelve months.

In a country as great as America, everybody should have access to quality healthcare and “Obamacare” was an attempt to accomplish this. Unfortunately, the law has been muddled in unintended consequences, with healthier, younger people opting out of coverage. Healthcare premiums are up 22% overall — examples of coverage costing 50% more are not uncommon.

The Stock Market reflects the confidence investors have in the future, and not surprisingly, stocks are behaving like many of us feel — nervous. Year to date, the S&P 500 is up 2% and NASDAQ is up 0.8%. But there has been a heavy dose of volatility.

In the first quarter, the Blue Chip barometer S&P 500 experienced a frightening drop of 9% from January 1st to February 11th, followed by a 10% rise through the end of March. Brexit sparked another shock in June, sending indices spiraling after the referendum. But since their Brexit lows, the NASDAQ and the S&P 500 have gained 10% and 4% respectively.

The IPO Market is even more of an indicator of the state of mind of investors — if they are pessimistic, new issues shut down and if they are optimistic, investors treat IPOs like fresh oxygen they can’t get enough of.

Despite the news, noise, and predictions of the apocalypse, we are starting to see some bullish signs from the IPO market, with Twilio’s June 23rd offering acting as a starting gun. Despite recent volatility, Twilio is trading at more than twice the $15 per share where it priced.

While there have been a paltry 95 U.S. IPOs to date, there have been 55 since Twilio, including notable listings from technology companies like Line and Talend, which both priced above range and popped over 27% and 42% respectively. Nutanix, which made its public debut in late September, popped more than 130%. While its stock has cooled off in recent weeks, Nutanix is trading 50% above its issue price.

The recent trend points to a broader opportunity for the best names to break through an IPO backlog that has been building over the last fifteen years:

Not surprisingly, Despite the IPO market being weak for much of the past fifteen years, Venture Capitalists haven’t stopped investing. VCs have invested in average of 3,200 companies per year since 2001, including 3,709 companies in 2015. We estimate that there are over 2,000 VC-backed private companies with a market value of $100 million or greater.

This new combination of fundamentals puts some context around the recent rise of “Unicorns” — private companies valued at $1 billion or greater — which are quickly becoming “Ubercorns.” In 2000, there was one Unicorn. Today, CB Insights reports that there are 174.

The broad megatrend underscoring evolving nature of growth companies and private/public markets is Digital Natives operating in a Digital Economy.

Today, for example, 56 million workers are Digital Natives, up from zero 25 years ago. During that time we have rapidly shifted from a physical economy with tangible goods to a virtual, digital economy. And increasingly, it looks like a Global Silicon Valley.

The 9th, 11th, and 12th largest Market Cap companies in the World are Alibaba, Tencent, and China Mobile. Incredibly, none of these companies are even 20-years-old.

Stocks continued to slide last week. NASDAQ, which was down 2.8%, suffered its worst week in nine months. The S&P 500 was down 1.9% and the GSV 300 fell 2.9%. Pundits cited a tightening Presidential election as the excuse for stocks dropping.

Facebook did a face plant, falling 8% despite putting up 91% EPS growth and 56% revenue growth. The company’s 2017 guidance of a more difficult ad placement environment and elevated investment spending caused investors to “unfriend” it.

Alibaba reported blow-away numbers, with EPS up 46% and revenues up 55%, but its shares fell nearly 5%. Apple and Alphabet (the artist formerly known as Google) also sank in sympathy.

A recent, interesting trend is the super strong growth in mobile ordering of food, evidenced by Dominoes, Papa Johns, and Starbucks. “Order Ahead” apps have been a positive catalyst for restaurants across the board. Also notable is the strong performance of gaming companies, including Electronic Arts, Take Two, and Activision.

Predictably, the IPO Market has hit the pause button, waiting for the Election to conclude. Only one new issue is expected this week, with a number of others postponing their public debuts.

We believe uncertainty is the friend of the long term, growth investor. Accordingly, we view the nervous action of stocks as a great opportunity to get a deal on companies such as Alphabet, Amazon, and Alibaba that are winning.

Coursera as a Service

The World’s largest higher education platform, Coursera, is initiating a monthly subscription plan for people taking Specializations. Going forward, learners will pay a monthly fee ranging between $39-89 depending on the Subject, instead of paying a per course fee. The subscription can be cancelled and restarted again at any time. (Disclosure: GSV owns shares in Coursera).

A Specialization on Coursera is the equivalent to a mini degree, consisting of a bundle of courses in one Subject. Specializations typically have between five and nine single courses, therefore, it could take as little as one month, and as much as one year for the completion, depending on the learner’s pace and effort.

The nice thing about the subscription model is it gives an extra incentive for students to complete courses sooner rather than later. Coursera’s test study period showed that learners are 2.5x more likely to complete a Specialization when paying the monthly subscription. The other benefit is the learner can start and stop the Specialization at any time, without incurring any additional fees. The progress is saved so that learners can pick up where they left at any time.

The subscription model is also likely to be more cost effective. With the typical Specialization consisting of 6 courses, it can be expected the learner will complete it in four months. Courses I and II are usually introductory level, and learners can complete those in a month. Courses III-VI are higher level material and each require about a month. So the learner saves about two courses worth of payments when compared to the per-course payment model.

Currently there are about 5.4 million job openings in the U.S., a large part of them tech related, and there is a gap of too few skilled people to fill them. Not surprisingly therefore, the most popular Specializations on Coursera are in the Data Science and Programming areas. In fact, 8 out of the top 10 Specializations on Coursera are in such areas.

Similarly, 6 out of the top 10 most popular Coursera courses last year were programming-related courses.

A few months ago, Coursera introduced its business customer offering — Coursera for Business. Over the past year, Coursera began to notice that increasingly more people are signing up with their work email, and in one particular case, a company had 10,000 employees signed up on the platform. It was an obvious next step for Coursera to start to work with companies directly.

In that offering, business customers can chose among a variety of Specializations, which in this case are curated learning programs fitting the company’s needs. In a short period of time, Coursera has already on-boarded several large global customers, including BCG, BNY Mellon, L’Oreal, and Axis Bank.

We believe Coursera has a strong potential to evolve to a multi-billion business as it democratizes access to education around the World. College students and working age people can learn relevant skills for the modern economy from the best universities in there World!

Letter to My Younger Self

Tomorrow you will start senior year of high school. You won’t know what you want to do with your life when you grow up. And that’s OK because the journey of learning is the actual fun part of all this.

In the next dozen years, you will learn how important it is to treat life as a team sport, how success comes from doing the boring things, and to just go for it.

It’s Not About You

When you start college, you’ll be lucky. A friend will ask you to work on a student storage & shipping startup and you’ll say yes without a second thought.

The only way you make this experience meaningful and successful is hiring and recruiting a great team of people who continue running the company for 9 years (5 of which after you graduate).

Later on, you will want to do “bigger things”. By the time you get to my age, you realize that the only way to make an impact on the world is to organize a group of people who will go on to create products and services to impact the wider world.

Breakthroughs will happen for you, like when you decided to move to Silicon Valley when you were 24. But the vast majority of time will be spent on doing the little things on a daily basis.

Set up simple (and probably boring) habits for yourself will pay dividends over the long term. Stop having dumb goals like “I want to make X amount of money by Y age.” Those will become completely meaningless to you. Your goals will be to become more thoughtful, helpful, and disciplined — boring, but more valuable.

Believe in yourself. Yes that’s cliche, but it’s the source of strength for everything you’ll do.

The truth is that most everyone is constantly trying to figure it out. No one person has all the answers and you can contribute to the solution as well. You can do more than you think you can, you just have to start working on it and force yourself to do more.

Building something is hard but it’s not life and death. Don’t be afraid to take on more responsibilities. It will be hard when it doesn’t work out but when it does, it’ll be more sweet and meaningful not only to you but to the team of people around you.

To my younger self, after another dozen years, you will be more confident, smarter (we think), and generally better at life. But you’ll still be discovering yourself and the world. Let’s hope you’ll have many more years and decades looking forward. This is the most exciting time to be alive, so live like it.